The first time I really became aware of Dan Winters was back when I subscribed to the print edition of the New York Times (ah, the nostalgia). Leonardo DiCaprio was on the cover of the Sunday Magazine, and I just couldn’t believe my eyes. The portrait was perfect — the pose, the lighting, the color of DiCaprio’s eyes matches the background and the hue of the image. (The image, not so surprisingly, went on to win a crapload of awards) 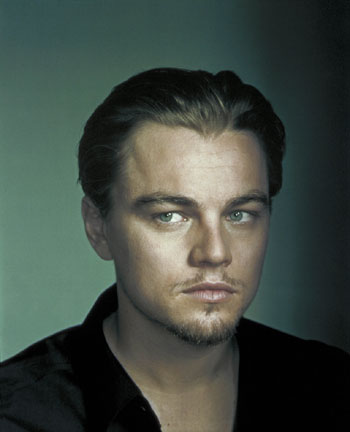 The second time I became aware of Dan Winters was when I started noticing some cool pictures of workbenches and gadgets in the science magazine Discover. There was something so unique and recognizable, and by golly, it’s that damn Dan Winters guy. Photography is fun, but it ain’t easy. There’s nothing easy about
taking a good picture. And it’s even harder to take a good portrait.
The one that makes you stop. But Dan Winters seems to do it over and
over again. He even took a portrait of our friend Fiona Aboud. Periodical Photographs is a collection of his images of people and things. If you read the Times Magazine, Esquire and Discover, then you’ve likely seen many of them before. But many of the images were still new, and surprising like the one of U2 backstage. The images are quiet, sometimes oddly disturbing, and highly distinctive. I respect a guy who can follow his vision to a state of unique perfection. And I respect people that shoot large format because it’s slow and hard. And if my reaction to seeing large format portraiture is wanting to go out and buy one, then I know it’s good stuff (and no, I’m not going to go buy one). Besides, when’s the last time you bought a photography book?