This week we feature some hot, hot East Coast PhotoShelter heat, some news drama – from Washington and Norway, and some funny (yet twisted) dog faces.

IF YOU CAN’T TAKE THE HEAT, DON’T HOLD A BBQ
One thing’s for certain – the PhotoShelter Crew can take the heat. The 3rd Annual PhotoShelter Staff BBQ was held in New Jersey last week in 103-degree weather.

We piled into cars and made the trek from steamy Manhattan to marketing VP Andrew Fingerman‘s hot backyard in New Jersey, where a burning grill and an assortment of icy cold beverages awaited us.

NORWAY NEWS PHOTOS
There was a lot of drama and news coming out of Norway last week, and two PhotoShelter members were busy documenting it all.

Photographers Christopher Olssøn and Fredrik Naumann, both based in Oslo, Norway, each run their own picture agencies using PhotoShelter. Both shot images of the bombing in central Oslo. Naumnann was also busy the following day, at the scene a gunman opened fire killing 84 people at an island youth camp in Norway which happened just hours after the explosion in Oslo. 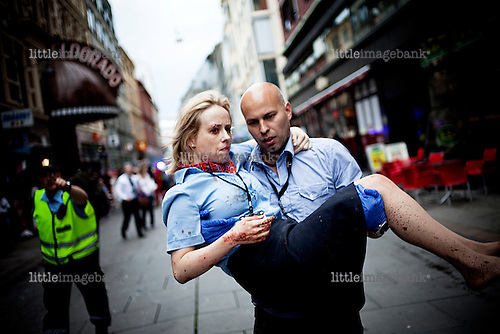 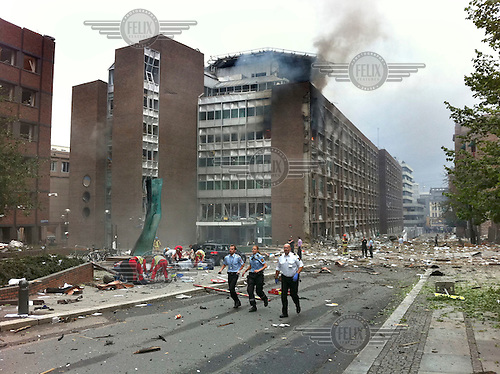 DEFAULT, DEBT, AND PHOTOS
All this talk of debt ceilings, and congress, and default, and elected officials not playing nice together has my head spinning, and I am pretty far away from the political madness.

I can only imagine what it’s like to be right in the middle of it, covering the daily drama. The staff photographers at CQ Roll Call, including Tom Williams, have been busy shooting pictures of the big players in this political game. They’ve been pushing out a steady stream of images all day, every day as the saga drags on.

“SHAKE” IS A BIG HIT
Oregon-based pet photographer Carli Davidson scored a huge hit this week, when her gallery of funny dog faces, titled “Shake“, went viral on Facebook and Twitter. (71 “likes” on the PhotoShelter Facebook page alone, and hundreds of tweets.)

SPRING FINALIST
Congrats to photographer Mike Cavaroc, who just found out that he is a finalist in the Photographer’s Forum Magazine Spring 2011 Contest with his image, “Fall Cottonwood Panorama“.

Mike is based in Jackson Hole, WY, and specializes in shooting wildlife and nature.