French criminologist (and high school dropout) Alphonse Bertillon was a pioneer in the field of anthropometry – the use of human measurements – to identify criminals. As a part of this practice, Bertillon standardized the modern mugshot in 1888 with the now familiar frontal and profile portrait, the latter of which was selected because Bertillon believed the ears to be a highly identifiable characteristic.

Even though anthropometry gave way to fingerprinting in the 20th century, the mugshot is still used by law enforcement as a photographic record of an arrested individual. Unsurprisingly, the lighting patterns used for mugshots varies significantly by department. Different agencies provide guidelines for taking good quality images, but the purchase of a camera and lighting equipment is largely up to the discretion of a given department. Thus, from a photographic standpoint, the quality ranges significantly. 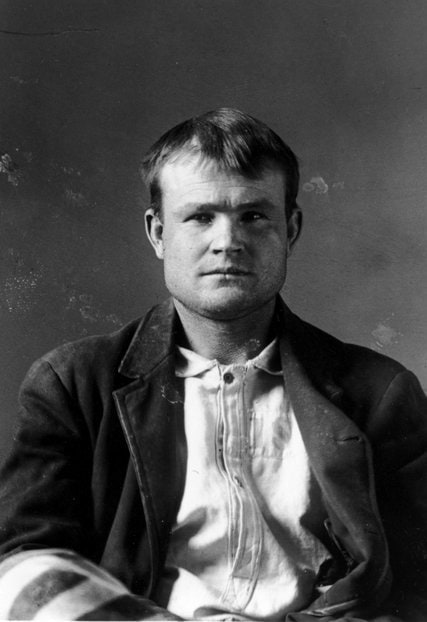 Butch Cassidy’s mugshot for stealing horses is notable for the large lighting ratio between the two sides of his face. The prototypical mugshot usually has flat lighting to render facial features easily distinguishable by humans and computers alike. Cassidy’s mugshot has a 16:1 ratio due to a lighting source that is far off the axis of the camera, giving the image much more of a portrait quality. 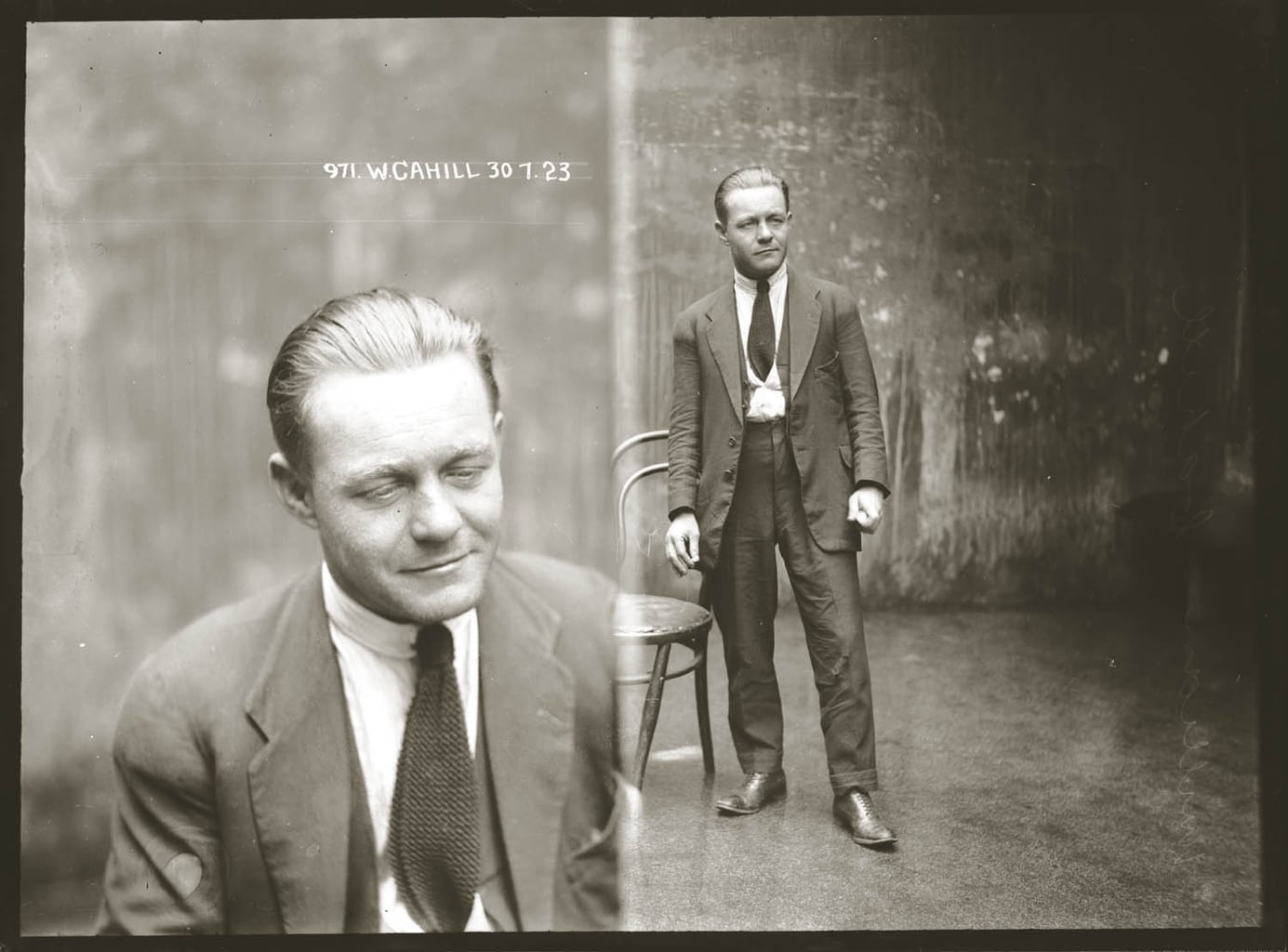 If we consider the mugshot as a portrait, then early 20th century Australia would have been the prime time to commit a crime in order to score a stellar portrait. Between 1910-1930s, the New South Wales Police Department took a series of approximately 2500 “special photographs” inside the cells at the Central Police Station in Sydney. Historic Houses Trust curator Peter Doyle speculates that the criminals “seem to have been allowed – perhaps invited – to position and compose themselves for the camera as they liked.”

The resulting environmental portraits with their shallow depth-of-field were often presented as diptychs and triptychs, giving them a very modern feel. Jim Morrison was booked for petty larceny for stealing cop’s helmet while attending FSU. His mugshot is notable for the dual lightsource – one high, one low and both slightly off axis – that cast a strange, “monster light” shadow on the background. James Brown’s mugshot for disorderly conduct is a classic case of a photographer not understanding the angle of incidence and reflection, making the identification sign nearly illegible. Get that light source off the axis of the lens! 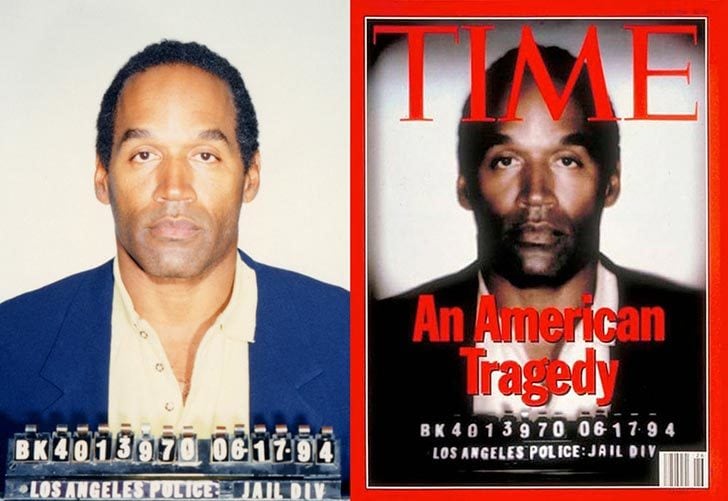 OJ Simpson’s mugshot after his arrest for double homicide of Nicole Brown and Ron Goldman was infamously darkened for the cover of TIME magazine. The original image features Simpson wearing a blue blazer and illuminated by a single lighting source of medium hardness. The middle of his face is hotter than the periphery, making it a great case for using a beauty dish. 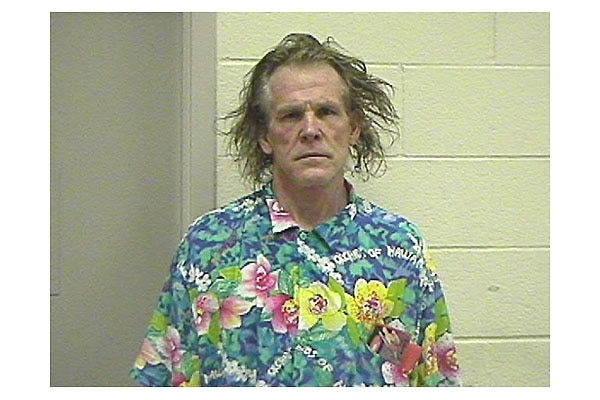 Often confused with actor Gary Busey, the “48 Hours” star was booked for a DUI, and claimed in a 2011 GQ interview that the infamous photo was actually not the official booking photo. However, The Smoking Gun claims the image was provided to them by the California Highway Patrol, and that it is indeed the official mug shot taken at the Lost Hills sheriff’s station.

Nolte’s mugshot is a classic case of not paying attention to the background, and seems to only use ambient light which contributes to the sunken eye sockets. Disgraced congressman Larry Craig was arrested for suspicion of lewd conduct after assuming a “wide stance” in a Minneapolis airport bathroom stall.

But photographically what makes this image unique is what appears to be a wide bank of dual light sources on either side of the subject, which creates a lighting pattern similar to Martin Schoeller. Given that many agencies only use the ambient overhead light or on camera flash, we have to give props to the Minneapolis-St. Paul International Airport Police Department.

The Strobist had an interesting behind-the-scenes post on a similar setup used by the Santa Barbara Police Department in 2012. Unlike Schoeller, it doesn’t seem that SBPD is using an 8×10 camera or the more powerful Kino Flo’s. 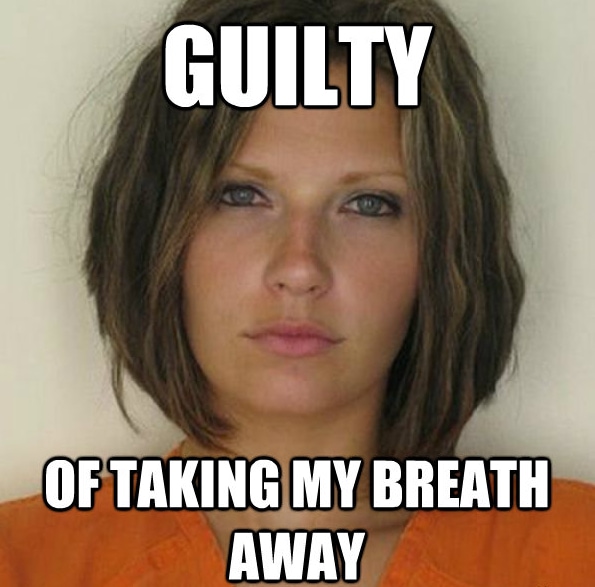 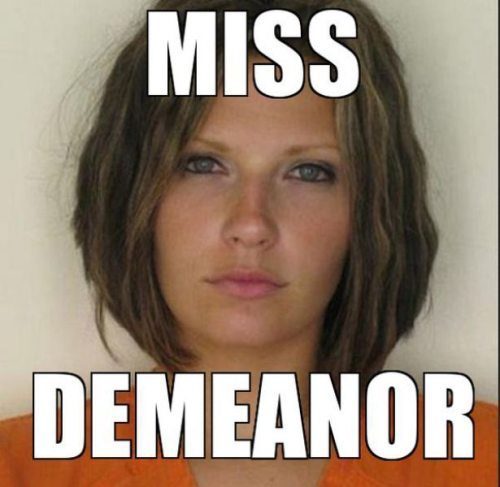 Months after being arrested for raping a woman behind a dumpster, the Santa Clara Sheriff’s department released the arrest photo of former Stanford swimmer Brock Turner. The delay in the release of the mugshot raised many questions about the preferential treatment of a white felon, which was only exacerbated by the laughably short 6-month sentence he received (Turner was released after only 3 months for “good behavior”).

Turner’s mugshot is fairly textbook with even lighting supplied by what look to be two fluorescent lights on either side of his face, an overhead light that acts as a hairlight, and a neutral gray background. However, the image is noticeable noisy, and one can only speculate as to whether the photographer unnecessarily pushed the ISO or used a small aperture.