It has been a little over a year since I last reviewed the Sony DSC-RX1 after using it for about two months. Since that time, the camera has traveled with me to 10 countries, and has been put through the paces in a variety of conditions. How has it fared one year later? Read ahead.

The RX1 is a very handsome camera. I’ve gotten so many compliments over the past year from people who think it’s a retro film camera, or who simply “can tell” that it’s a great camera. It’s always nice to get a compliment, but I didn’t pick the camera for looks.

The main consideration for me in choosing the RX1 was size, weight and image quality. I am a diehard Nikon DSLR shooter and have owned nearly all their D-series cameras (and still have an FM3 in the closet), but in the past few years, the size and weight of the camera have become more than an inconvenience, particularly while I’m traveling. I have shied away from other point and shoot cameras because the image quality was never up to snuff, particularly in low light where I often find myself shooting. Let’s break it down.

SIZE & WEIGHT
At 17oz, the camera is significantly lighter than the 68oz Nikon D800 plus lens (36.3 oz for the body, and 31.7 oz for a 24-70mm f/2.8). Of course, with a fixed 35mm f/2.0 lens, one simply doesn’t have the focal variety of a zoom lens or compact with a zoom. Truth be told, I didn’t miss having more focal lengths. My back felt great, and as many people have described after using primes, you learn to “see” with a particular lens.

It’s definitely not a great portrait lens in the classic definition, as the lens is a wide angle, and it suffers from some barrel distortion (which is easily fixed in Lightroom). But I’ve taken some nice environmental portraits with it. THE LENS
The lens is a Zeiss design, and I’ve generally found it to be fairly sharp. My one complaint is that you cannot use all shutter speeds throughout the range of apertures. The maximum speed at f/2.0 is 1/2000th, which is often not fast enough when in bright daylight. There have been several times where I wanted a shallower depth of field, but had to settle for f/5.6 to use the maximum shutter speed of 1/4000. Since size and convenience were paramount concerns, the notion of carrying a neutral density filter expressly for the purpose of a shallower DOF seems silly.

FOCUSING
I wasn’t expecting blazing fast focusing speed since the camera doesn’t have a phase detection mechanism owing to its small size. On the other hand, I have seen the focusing speed of the Fuji X100s, and am very jealous. The focusing mechanism isn’t terribly fast in the best of light, and it moves to a crawl in low light. There is, of course, the option of turning on the focus assist light, but no one wants to see that in a dark room. Phase detection isn’t a panacea however. After fooling around with the Sony A7, I came away unimpressed with Sony’s focusing speed (as have many others), despite the fact that the A7 has phase detection. So perhaps the takeaway is that Sony just doesn’t do focusing as well as its peers.

CONTROLS
The exposure compensation dial is a godsend. It’s well-placed and it works like a charm. I wish there were an ISO dial, but I’ve (unfortunately) gotten use to the camera setting the ISO automatically to hit a 1/80s shutter speed when I’m not shooting manually. This works fairly well, but it’s made me a lazy shooter and I’ve missed a number of frames due to the slow(er) shutter speed. 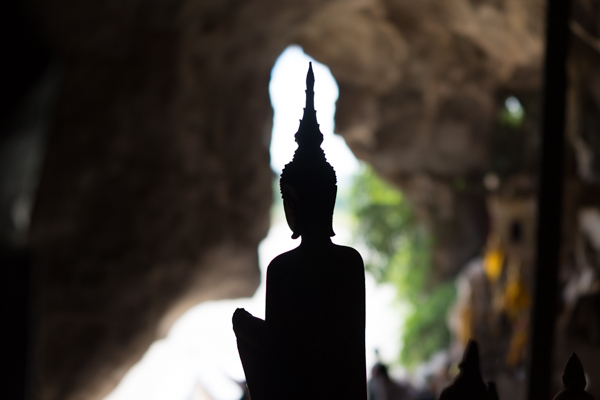 The switch that deploys the flash isn’t so dissimilar from other compact cameras. But the levers that hold the flash make me nervous. I can only imagine a crowded bar with a tipsy patron who accidentally swipes his hand, and decapitates the flash from the rest of the body. A flash built into the body (like the X100) would have been better, but I appreciate the effort to move the flash further away from the axis of the lens.

When I initially purchased the body, I mulled over the electronic viewfinder. But at $449, it seemed like an expensive accessory. So I held off, and I don’t miss it. Sure, there are times where looking into the EVF would be more conveninent or less intrusive, but I’m so conditioned to looking at my iPhone to take pictures, that the back viewfinder seems perfectly natural.

IMAGE QUALITY
I continue to be impressed with the image quality from the full frame sensor. No other manufacturer has committed to a full frame compact, and the files are still a joy to view. BUILD QUALITY
Despite having a pro price tag (MSRP $2799) and “professional” designation, the build quality leaves something to be desired. Within the first two months of using the camera, I had to send it in for service, after spending time in the high humidity of Hawaii. The power switch and the flash got very sticky, and I ascribed these problems to an unsuitable lubricant within the camera.

My two year extended warranty was fantastic. Sony provided a shipping label and turned around the camera in about a week, and it looked and functioned like brand new. However, I’ve continued to have some issues with the camera in high heat/humidity areas. While in Iguazu Falls, Brazil, I received the infamous Error 61, which basically means the focusing mechanism is shot. The camera wouldn’t focus, and I feared for the worst. Fortunately, after removing the battery and allowing the unit to cool down, the error went away.

More recently, the shutter button and power switch have become sticky again, and I had to send in the unit for another set of repairs. A little after a year of using the camera and becoming aware of the build quality issues, I tried to extend my original 2-year warranty to something longer, but Sony wouldn’t allow me to do so (even after requesting to speak to a supervisor). You can only extend the warranty within the first year, so if you own this camera, I would certainly recommend a three or five year warranty, as a single service could set you back hundreds of dollars. THE LAST WORD
It’s a little baffling that something like a power switch would give me such grief. You would think that all the engineering challenges of such a widget would have been solved decades ago, but alas, it isn’t so. So while the build quality is irksome, I am still very happy with the purchase. But since I plan to continue using the camera for several years, I just wish Sony’s policy on extending the warranty wasn’t so rigid. Had I known that I’d have so many mechanical problems, I would have purchased the 5 year warranty in the first place.

Faster focusing and better build quality would make this camera the undisputed king of the compact. But even so, I’m still loving it, and my back thanks me nearly every day.